I bought beef short ribs, the Korean style,  and usually I made it in soup (I will also share the recipe with you later on)

But this time, I don't want to make it as usual. And I found some recipes for Korean Beef Short Rib Stew but none of them looks simple and easy for me.

This lazy mom then did some modification on the recipe just to make life easier!

Do you also want to try it? 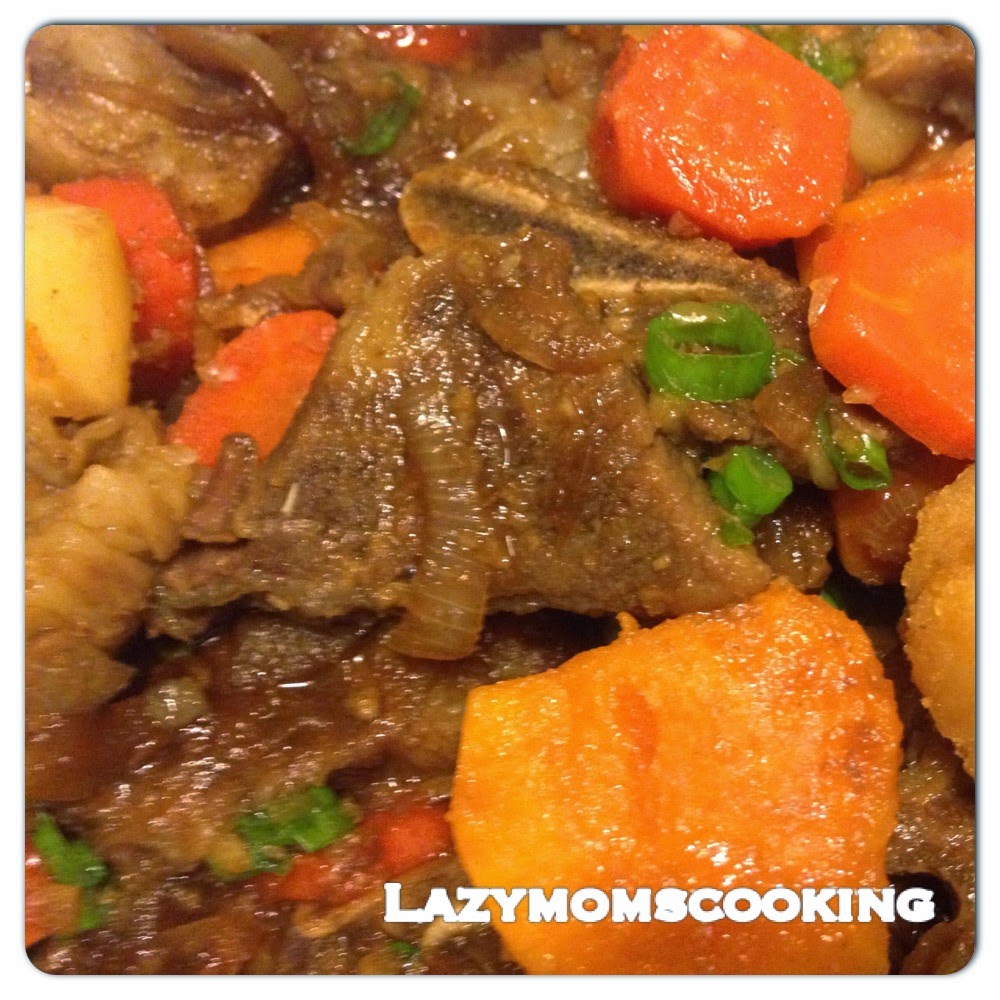 -First, I will blanch the meat, and cook it in medium heat until it is boiling, and change to low heat, cover the pan and leave it for 2 hours (until the meat tender) - this is the longer part, but it is not difficult to do ;)

-Reduce the broth and leave it around 4 cups. (You can keep the extra broth for another purpose like soup, etc.)

-Mix the soy saucem garlic, onion, mirin, honey in a bowl until the honey is dissolved.

- Pour the mixture over the ribs and broth, stir to combine, bring to a boil.

-Add carrots, potato and sweet potato, sesame oil and simmer until all tender.

- Remove the beef and vegetables to a serving dish and reduce the broth in the pot and continue to boil it. The purpose to make a thicker sauce/gravy (only slightly thicker)

- Pour the sauce/gravy over ribs and vegetables, sprinkle with sliced green onion. 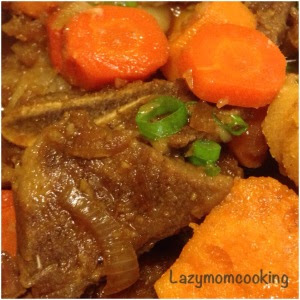 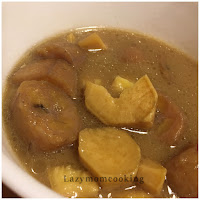 Lazy Mom Cooking
Hi There... I am the Lazy Mom who only like to do something simple, especially when it is about cooking. But I am willing to do some difficult cooking if that can make people who will enjoy my cooking happy! Well, I don't like to use instant ingredients! I love to do it from scratch with fresh ingredients, because I think it will be healthier! The only problem why I call my self a lazy mom, because I do not cooking everyday, yes because I am a lazy mom! My family and some of my friends love what I cook! Home Food for Healthy Family! ----- Instagram: lazymomcooking Happy Cooking - The Lazy Mom -